Rice – why is zinc application necessary? 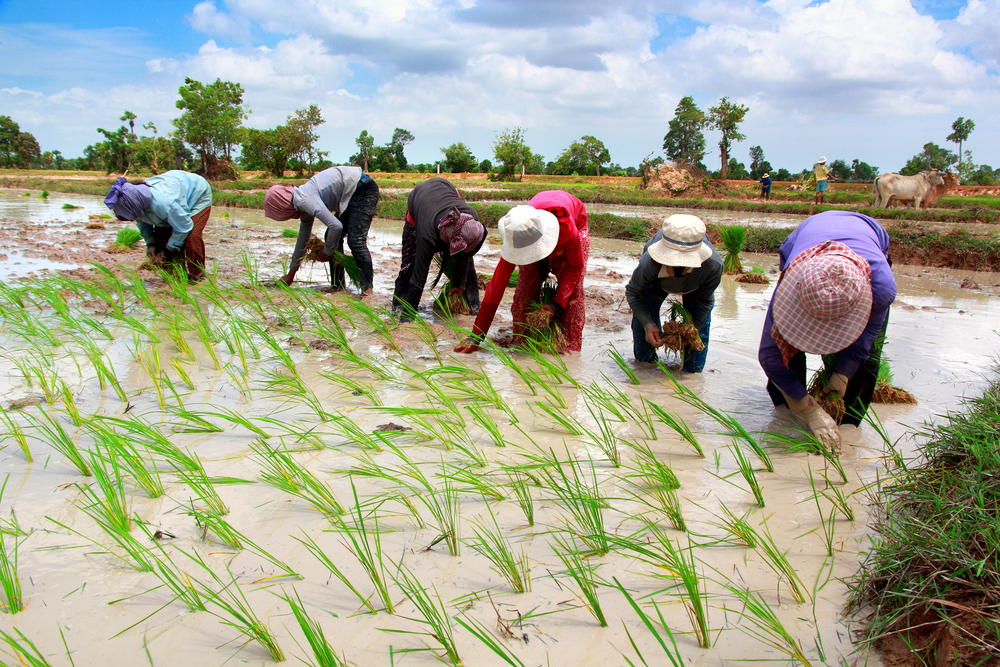 Zinc (Zn) is an essential micronutrient for both plants and humans.

It is the most deficient micronutrient in the soil worldwide. It has been estimated that 49% of the world’s agriculturally important soils have inadequate levels of zinc and that one third of the worlds human population suffers from zinc deficiency (Sillanpää, 1990; Cakmak et al., 2010).

The main factors responsible for causing zinc deficiency in staple food crops, such as rice are soil related. They include; low zinc total value in the soil, high pH, high calcite content, high concentration of bicarbonate ions and salts and high levels of available phosphorous (Figure 2).

The most important factors affecting zinc availability to crops can be noted as follows (Chang et al., 2007; Alloway, 2008; Sillanpaa, 1990):

The sources of phosphorous and cations limiting the availability of zinc to the crop are; excessive phosphorous fertilizer applications, inherent soil minerals and irrigation water.

Availability of zinc in submerged soils is decreased due to the formation of complexes and compounds such as insoluble franklinite (ZnFe2O4), insoluble ZnS, insoluble ZnCO3, and insoluble Zn (OH)2 (Brar and Sekon, 1976).

These findings explain why rice grown in flooded conditions have
higher requirements for zinc.  Foliar applications of zinc fertiliser
provide an appropriate solution to zinc solubility issues, as it avoids the complex soil interactions and other soil related issues.

Zinc is an important micronutrient for normal human growth and development. Widespread and extensive zinc deficiency has been reported in many rice producing areas.
One of the contributing factors, among many, is the high phytate content of rice and other cereal crops, which makes zinc non-bioavailable in the human digestive tract. Studies have suggested a simple way to overcome zinc deficiency in humans is by applications of zinc to crops like rice.

Various independent studies have shown that foliar fertilization is a more effective approach than base fertilisers for the correction of zinc deficiency in rice (Zhang et al., 2018; Jaksomsak et al., 2018) and at the same time fortifies the plant with zinc that is bio available for human nutrition.

Role of Zinc in Rice Plants

The importance of zinc in regulating several plant biological and physiological processes cannot be over emphasized. Zinc is involved
in more than 300 plant enzyme activities explaining why its deficiency will limit rice growth and yield (Ur et al., 2012).

Below are conclusions of some studies that were carried out on rice production in various parts of the world especially in the areas where zinc deficiency is moderate to high in soil and the human population.

For the best results to enhance crop development and increase grain zinc content, apply OMEX Kingfol Zinc at 0.5-1.0 l/ha during the tillering stage of rice.