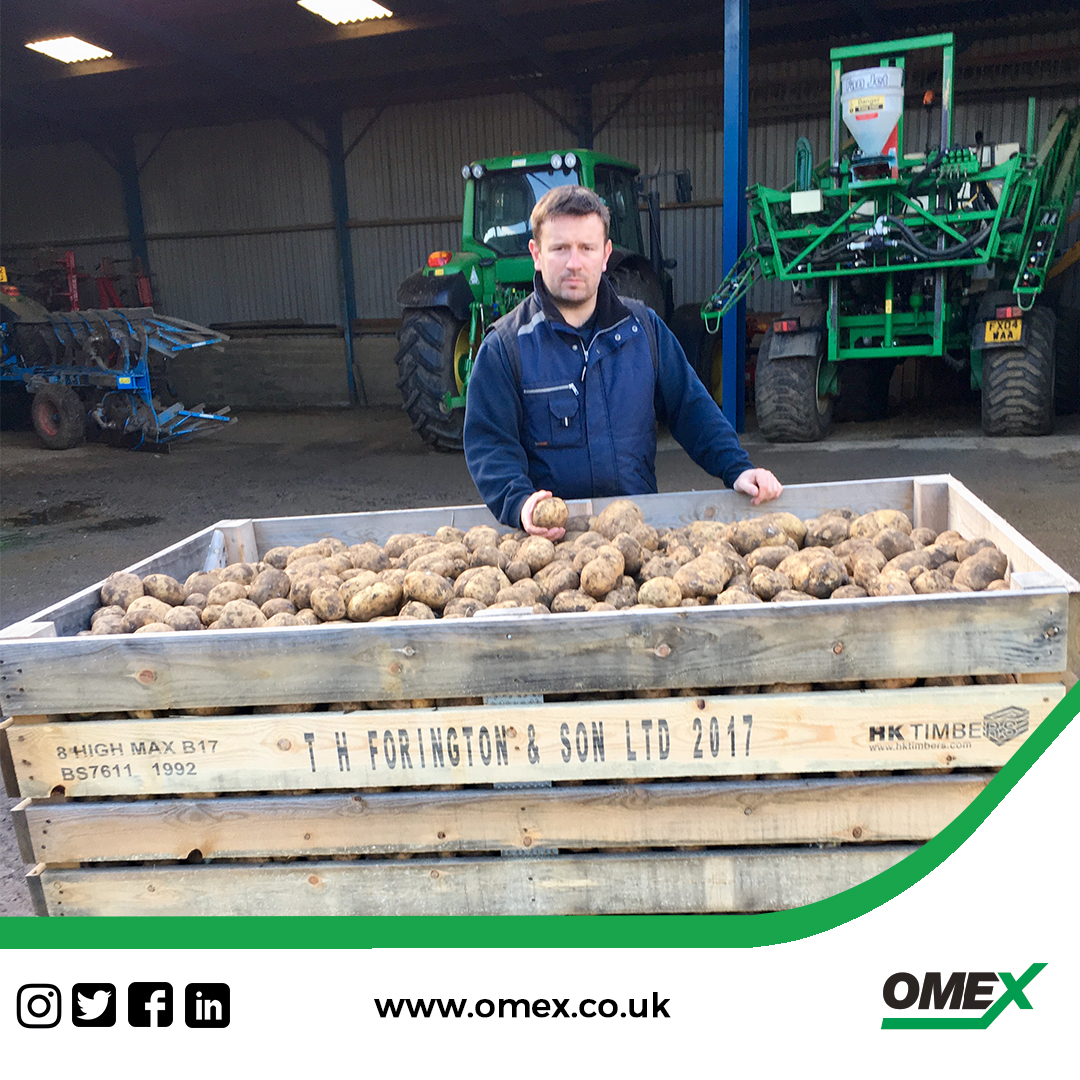 Dry or even excessively wet conditions often lead to crops suffering visible stress and if the nutritional balance of the plant is below the ideal, it can lead to poor nutrient uptake, tiller loss and the accompanying potential yield depletion.

North Lincolnshire grower Will Forington of T H Forington and Son, near Gainsborough, says cereal crops have the best chance of reaching full gross margin potential if they get off to a good start in the spring and are able to make optimum use of the soil nutrition, particularly on the silts which constitute the bulk of the company’s acreage.

“Good crop establishment in the autumn is of course a priority,” says Mr Forington. “But, it’s that period when crops start to ‘green up’ in early spring which can be just as crucial. Root and leaf heath is critically important at this point, in order for the crop to ‘hit the ground running’ and have every chance of achieving our target yield.”

Varieties grown by Mr Forington include Siskin, Lili and Reflection, the latter being historically susceptible to yellow rust.

“We have tried applying the OMEX macro and micronutrient and biostimulant Bio 20, in with the first fungicide application at T0 and have been really impressed with the improvement in plant health. It’s so important for the crop to be in a position to maximise nitrogen uptake from that first top dressing and also to be able to use its natural ability to fight any disease pressure,” he explains.

“The enhanced growth stimulus that Bio 20 provides, means that the plant itself is more competitive from the outset and better able to withstand early season issues with disease and deficiency.”

Applying the product at T0 in one dose at 2.0l/ha gives Mr Forington the confidence that the crop will get off to a good start during stem extension. Total nitrogen applications never amount to more than 120kgs/ha for first wheat and 180kgs/ha for second wheat, due to the inherently high Soil Nitrogen Supply indices of the silt.

“We look to grow an average yield of around 10t/ha,” he explains. “Although our soils are quite fertile we’re not what I’d call ‘out and out wheat land’ and they do take some micro managing especially in the spring to achieve that potential. We’ve found that boosting a crop’s growth with Bio 20 at that critical period, builds a stable platform for yield right through to ear development.”

Increased nitrogen uptake is just one element of the product’s ability to make a difference. Enhanced tiller survival, accelerated growth and natural disease resistance are also factors that mean the difference between an average crop in an average year and one that exceeds expectations.

“We’ve only been applying Bio 20 on cereals for the last couple of years,” says Mr Forington. “But in that short time we’ve already noticed a big improvement in general plant health and vitality compared to crops where it wasn’t applied. For us it’s already made that difference.”