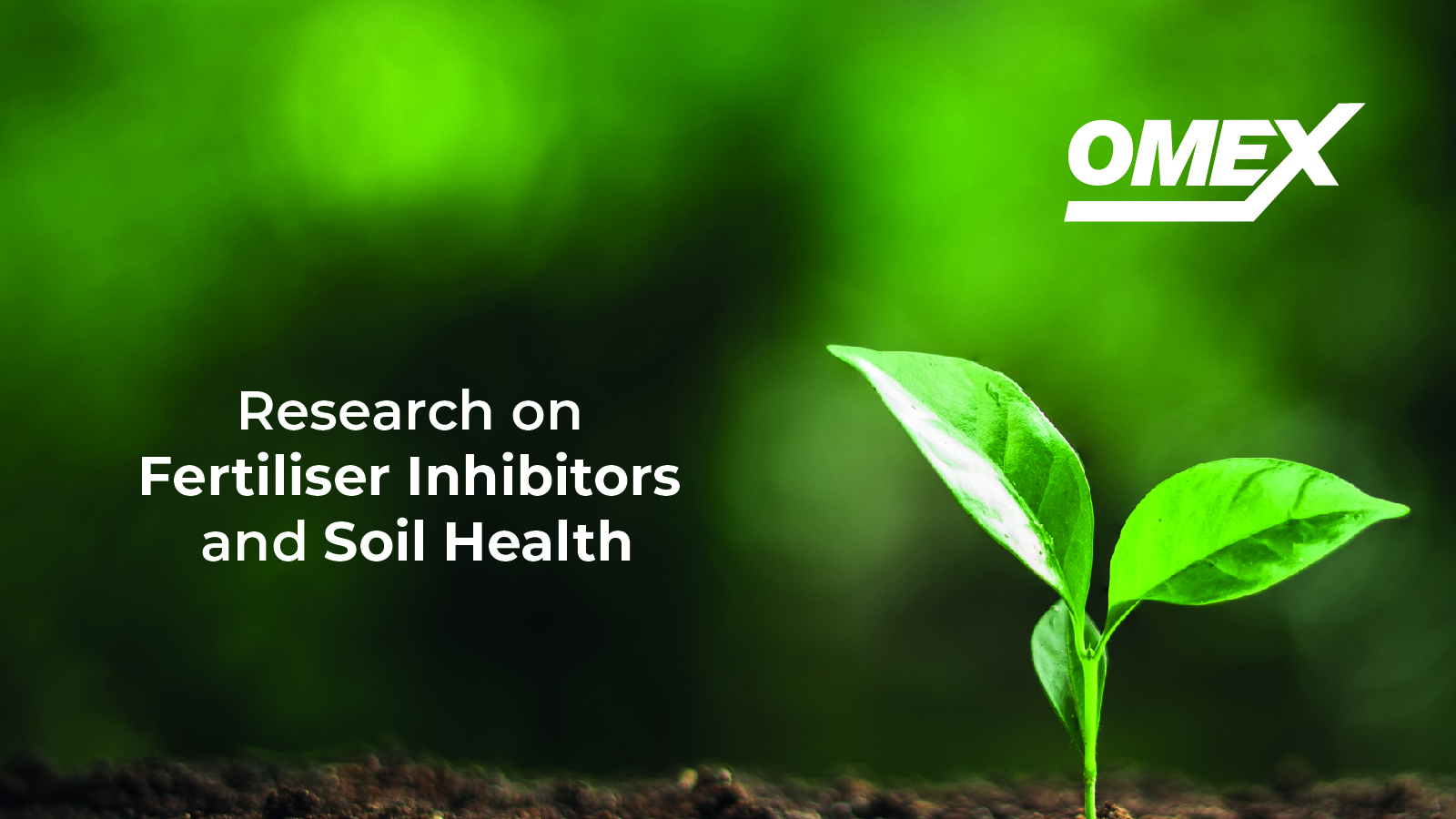 This article looks at fertiliser inhibitors and soil health, providing research and data to ensure farmers are accurately informed on the positive role inhibitors play in their liquid nitrogen fertiliser application.

The Teagasc soil science research team in Ireland, led by Dr Aoife Duff and Dr Patrick Forrestal, have been conduction an ongoing 5-year study on grassland at Wexford, Ireland. Looking specifically at fertiliser inhibitors and soil health, including the use of DCD which is marketed as DIDIN by OMEX.

The full published paper can be found here.

The below findings have been published by Agronomist Andy Eccles and Technical Development Manager, David Booty, for a full referenced version of the paper, please contact OMEX here.

Nitrogen (N) is an essential nutrient for crop growth and nitrogen fertiliser provides a very cost-effective return on investment, making it a vital input in most farming systems and helping to ensure that the cost of all other inputs is optimised. Nitrogen undergoes a number of transformations in the soil and nitrogen fertiliser is associated with potential environmental impacts, often as a result of these transformations. In this summary position paper we consider the potential impact of gaseous emissions following the use of liquid nitrogen fertiliser (UAN; urea plus ammonium nitrate and ammonium sulphate solution) and review mitigation strategies to minimise the risk of unwanted side effects following use.

DIDIN is a commercial fluid formulation containing dicyandiamide (DCD), ammonium thiosulphate (ATS) and ammonium phosphate (AP). DCD has been shown to inhibit the action of the nitrifying bacteria in the first step of nitrification (NH4 to NO2) and ATS has been shown to inhibit the action of the bacteria involved in the second step (NO2 to NO3) [1]. Incubation experiments have shown that ATS retards the catalytic degradation of DCD in soils, thus improving the effectiveness of DCD as a nitrification inhibitor[4]. The breakdown of DCD in the soil is known to be catalysed by metal oxides (predominantly iron oxides) [2,3] and AP is thought to buffer the localised availability of iron oxide, further delaying the decomposition of DCD. DCD is a low toxicity material and breaks down in soils to produce urea, which converts to ammonium N, which is nitrified, leaving no residues in the soil [11].
ATS is also an acknowledged urease inhibitor by some workers [6,7] and in work by Goos, examining ammonia losses from a range of droplet sizes of UAN applied to bare soil and soil including straw cover, the average percentage reduction of ammonia loss after 14 days, compared to unamended UAN, was 40% for UAN+ATS.
DCD has been shown to be highly effective at reducing nitrate leaching and nitrous oxide emissions and has been shown to have a highly specific effect on nitrifying bacteria, with no effect on the general soil microbial communities [5].

The application of DCD reduced nitrous oxide emissions from ammonium-based fertilisers by up to 64% [8] in controlled field experiments in Scotland and an average of 57-75% in a summary of work looking at various nitrification inhibitors reported to the International Fertiliser Society [9]. 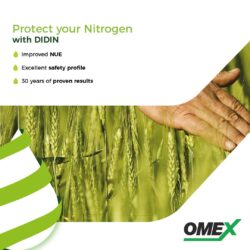 If you’d like any further information on the research detailed above, please contact the OMEX team here. 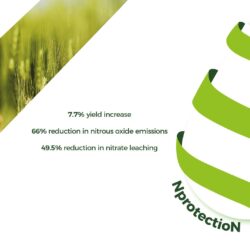