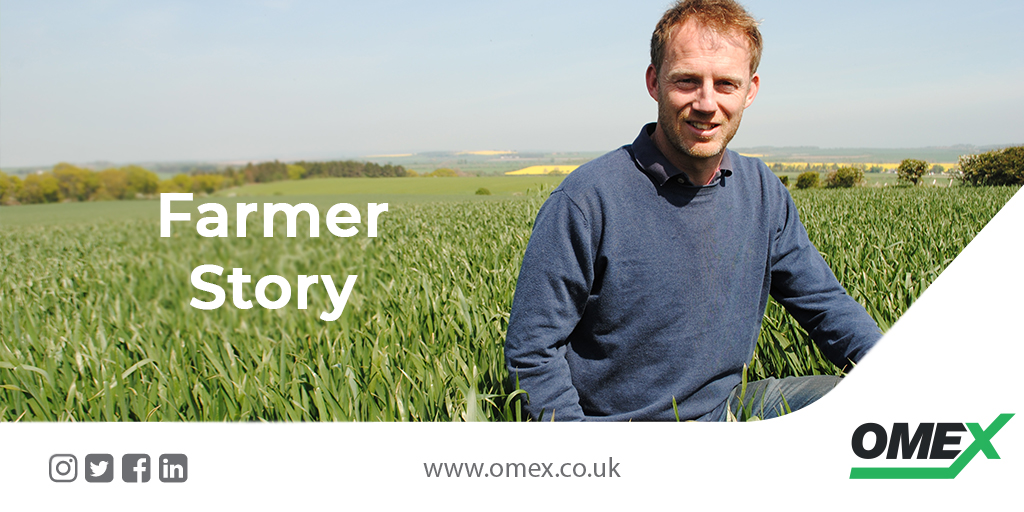 Adopting a wider rotation by including cover crops in front of spring cropping, reducing cultivations and using pesticides more effectively, plus switching to a liquid fertiliser system, is making a Scottish Borders arable enterprise more sustainable.

B L Farms Ltd of Ancroft near Berwick Upon Tweed is an 800ha arable farming enterprise that grows quality malting barley, feed wheat, spring barley and oats, oilseed rape and beans. Some permanent grass is rented out for cattle.

Richard Reed runs the family farm in partnership with his father David, with owned and rented land all within an eight mile radius of the home farm. Soils are predominantly medium to strong with average P:K levels, which are capable of producing wheat yields in excess of 10t/ha.

“Keeping our input cost down to a minimum is the difference between making a profit or a loss. Adopting longer rotations has helped us become less reliant on our sprayer as has better varietal selection and a more effective use of pesticides.

“We have also been using OMEX liquid fertiliser for the last four seasons, and this has helped to improve our nutritional situation and environmental footprint. We now have three 50m3 liquid fertiliser holding tanks on the farm plus a 10,000 litre bowser,” he says. “We bought a self propelled sprayer with twin lines, which gave us the option to try liquid fertiliser.”

Mr Reed applies 26N:6SO3 to the wheat crop in the spring as an early application followed by straight 30% nitrogen. He will typically apply about 400t/yr of liquid fertiliser across the business. Since switching to a liquid system the farm has reduced fertiliser input by about 10%, which is due to improved accuracy and better take up by the crops.

“We operate using TAG fertiliser guidelines and take advice from OMEX too for sulphur application. The oilseed rape receives sulphur in three passes while in winter wheat it’s two applications. It’s better to put small amounts of sulphur on with each nitrogen application because it is meant to improve nitrogen uptake. Next year we will look at moving away from only straight nitrogen to always including sulphur.

“A major advantage of liquids is it reduces the need for storage. Our own covered areas that would have been full of bagged fertiliser are now used for storing crops, machines and straw. Also, we no longer need men or machines to take delivery of fertiliser. A quick call to Moseley Transport and the delivery is all taken care of.

“We have also found that there is much less striping across the fields where liquids have been applied. They are more accurate and easier to apply than granular fertiliser. There are environmental advantages too in that liquid fertiliser is only applied up to the field margins and not into the hedge and field margins or water courses.”

Mr Reed says that barley has responded well to liquid fertiliser on his farm. In his own field scale trial the headlands were sprayed with liquid while granular was applied to the middle of the field. Visually there was a stark difference between the two with the headlands looking greener and lush than the middle of the field. This gives him the confidence to continue moving more towards fully embracing a liquid fertiliser system.