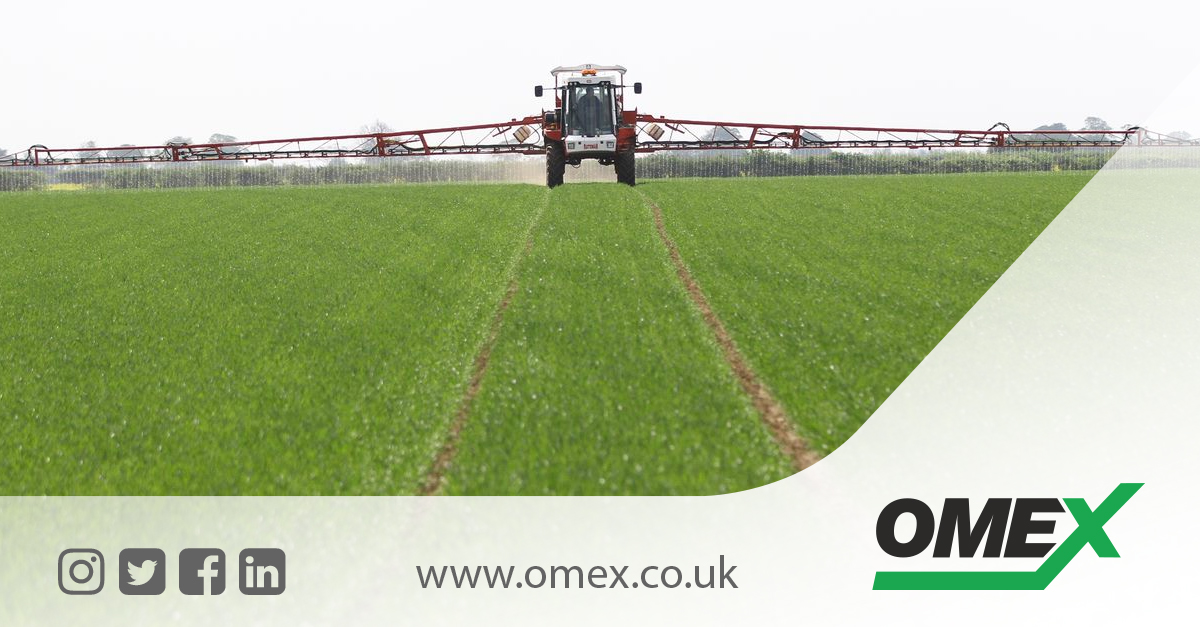 LIQUID FERTILISER HAS POSITIVE IMPACT ON FARMING EFFICIENCY AND LOGISTICS

Replacing a granular fertiliser application system with liquid fertiliser is having a significant impact on a 10,000 acre Scottish arable farming enterprise, where workload pressure and logistical issues had started to have a detrimental impact on cost effectiveness and efficiency levels.

RM and JF Seed is run by David Seed and his two sons Angus and Daniel from the family farm located in the Borders. The northern area which includes some land in Stirlingshire – is managed by Angus while his brother looks after the Borders area of the business.

Liquid fertiliser plays a major role in helping to reduce pressure on the system during busy workload periods and also helps to justify three modern self propelled sprayers.

The company moved away from granular fertiliser three seasons ago having weighed up the pros and cons of both approaches. Labour and machinery costs associated with loading and unloading fertiliser bags, maintaining old and largely poorly positioned storage buildings (some old cattle barns), application accuracy and being able to demonstrate due diligence all played a part in making the decision to switch.

Historically, all agrochemicals were applied by contractor with granular fertiliser being applied in house. When the next generation returned to the farming business agrochemical spraying was brought in house, but in order to justify purchasing three self-propelled 30/32m Bargam sprayers with all the modern technology on board, such as GPS, auto shut off and boom levelling, the machines would have to be able to apply liquid fertiliser too.

Cropping follows a traditional cereal rotation based on 5000ac of winter wheat, 1500ac of industrial oilseed rape, 2000ac of spring oats, 1000ac spring barley, 500ac of winter oats and winter barley. Angus says that each sprayer would be required to make two liquid fertiliser and four chemical applications, which equates to at least 20,000 acres a year – more than justifying the initial purchase price and running costs.

Supplying all liquid fertiliser is the manufacturer of suspension and solution fertiliser OMEX, which has recently opened a nitrogen depot at the Port of Dundee. The company installed 22, 50t steel storage tanks around the farming enterprise.

“The OMEX facility at Dundee demonstrates a commitment by the company to the area,” says Angus. “We have been very happy with the service from the Tyne, but it does give us confidence going forward that we aren’t going to be left wanting – we are impressed with the speed of the OMEX delivery service. The drivers know where the tanks are positioned on the farms, which are filled up before the season starts and periodically during the year when stocks are low.”

“The benefit of moving to liquid is that we can include sulphur in with the nitrogen, which means we only have to apply the P:K using a trailed Bredal spreader and a KRM mounted machine. Some nitrogen is still applied as a solid when the sprayers are all employed elsewhere.

“For the first two seasons of using liquids we experimented with the rates of nitrogen and sulphur in the mix, but have settled on a 24N plus 7.5S03 across the board. It makes sense to standardise the applications,” says Angus. “We like to get all the nitrogen applications on before the end of April, typically in two hits because we find that leaving too big a gap between applications puts pressure on the crop, and waiting until flag leaf can scorch the crop.”

Angus observes that since moving to liquid fertiliser, uptake of nitrogen by all crops has much improved, as has the crop evenness. He also says that now having had experience of both granular and liquid systems, accuracy of granular fertiliser to 24m or wider was compromised.

“Where liquid nitrogen has been applied, headland yields have increased by about 25%,” he says. “Yields across the rest of fields have remained similar. Given that most of our fields are small as much as 25% is therefore headland, so it’s critical to maximise yields in these areas.

“An advantage of the OMEX system is the accuracy of application. The auto sections control on the sprayer reduces overlap and allows us to go in weather conditions that would be limiting with a granular spreader,” says Angus.

Strategically positioned OMEX tanks around the business help minimise transport distances and the need for using on farm storage.

“Fertilising used to be a two man operation per spreader and we had two spreaders,” says Angus. “So from a four man operation we now have three men who also do all the agrochemical spraying and fertiliser applications.”

Angus sees liquid fertiliser playing a vital role in helping to establish oilseed rape, which is grown as an industrial crop and produces yields of 4.5t/ha. The challenge is always establishing the crop after winter wheat, often in late September.

“Without good establishment it’s touch and go whether it’s viable to grow oilseed rape on our farm,” he says. “Establishment is achieved with three Simba cultivators onto which we attach oilseed rape seeder kits. Each cultivator has also been fitted with a hand built liquid fertiliser unit that applies 100l/ha of 14:14:0 in a band right next to the seed at drilling.

“The starter fertiliser doesn’t necessarily increase yield but it does push the crop on before the winter sets in,” says Angus. “In a poor weather year this can be the difference between profit and loss. The only alternative is to establish oilseed rape after winter barley, but winter barley is generally a low gross margin crop.”