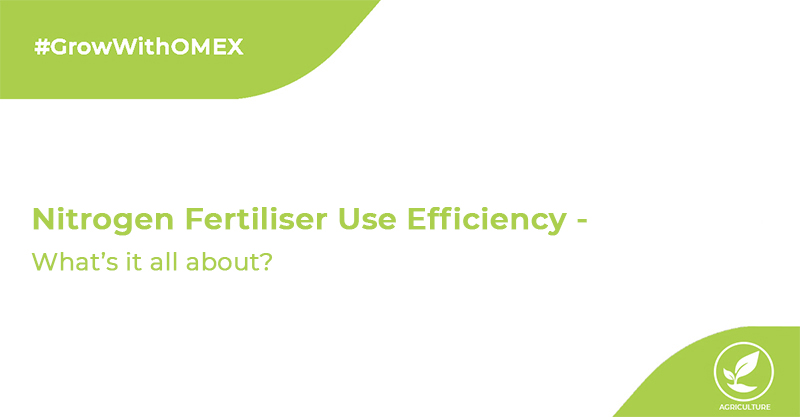 What it’s all about

Nitrogen Use Efficiency or NUE is a term that you’re probably pretty familiar with, whilst you’re probably not to aware of NFUE (Nitrogen Fertiliser Use Efficiency). You may have heard it mentioned over the past year, so what is it, how does it affect your farming operation and why are people talking about it? Here, OMEX Crop Nutrition Agronomist, Scott Baker takes a deeper look into how NFUE can play a big role when managing and deciding on your nitrogen fertiliser.

Nitrogen Fertiliser Use Efficiency can be simply explained as “how well the crop utilises the nitrogen in the      fertiliser applied”, or the ratio between the amount of N applied to a field and the amount remo 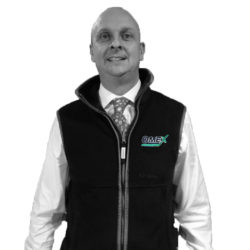 ved by the crop. It’s calculated by dividing the crop removal of nitrogen net of mineral and organic nitrogen (ie the nitrogen sourced from fertiliser alone) by the amount of fertiliser N applied. It allows some comparison of different fertiliser types but doesn’t take into account cost differences of the products so is not an all-encompasing definitive score to inform a commercial decision. Calculating the NFUE requires a knowledge of nitrogen content of the harvested crop plus the crop residues and often includes assumptions and the use of standard, ‘book’ figures. An NFUE figure of 100 means all of the fertiliser N was removed by the crop, while a figure of 50 means only half of the fertiliser applied was removed.

Whilst NFUE isn’t widely referred to in DEFRA guidelines, it’s best pratice both commercially and environmentally to ensure the crop is taking up as much of the N applied as possible and providing the greatest return for the fertiliser investment, avoiding over application, waste and poor crop performance.

Recent OMEX trials have taken an in depth look at how farmers can best achieve a positive increase in NFUE, comparing different forms of fertiliser, different application timings and the use of inhibitors. Take a look at drone pictures of one of our plot trials, taken of a light land wheat site during the very dry conditions in April this year.

The use of nitrification and urease inhibitors can significantly improve the update of nitrogen by the plant, by regulating a steady release of the fertiliser as the plant needs it and reducing losses to the atmosphere or by leaching. This creates a stronger, healthier plant better able to cope with stresses such as drought. In the comparative nitrogen application trials above the OMEX product Didin is the top performer, clearly demonstrated by the lusher green plots (treatments 8 and 9) compared to standard split applications.

Didin is formulated with nitrification and urease inhibitors which control the release of nitrate nitrogen and reduce the risk of ammonia and nitrous oxide emissions, increasing yield, reducing application costs and simplifying the nitrogen management of the crop. It allows the full season’s nitrogen to be applied in one early pass, saving time and costs by reducing the number of applications required.

As the value of NFUE calculation is assessed in the future, it will become clear that liquid nitrogen plus Didin has a large role to play in offering farmers the optimum solution in terms of crop response, environmental impact, bolstering the practical advantages of liquid nitrogen storage, handling and application.