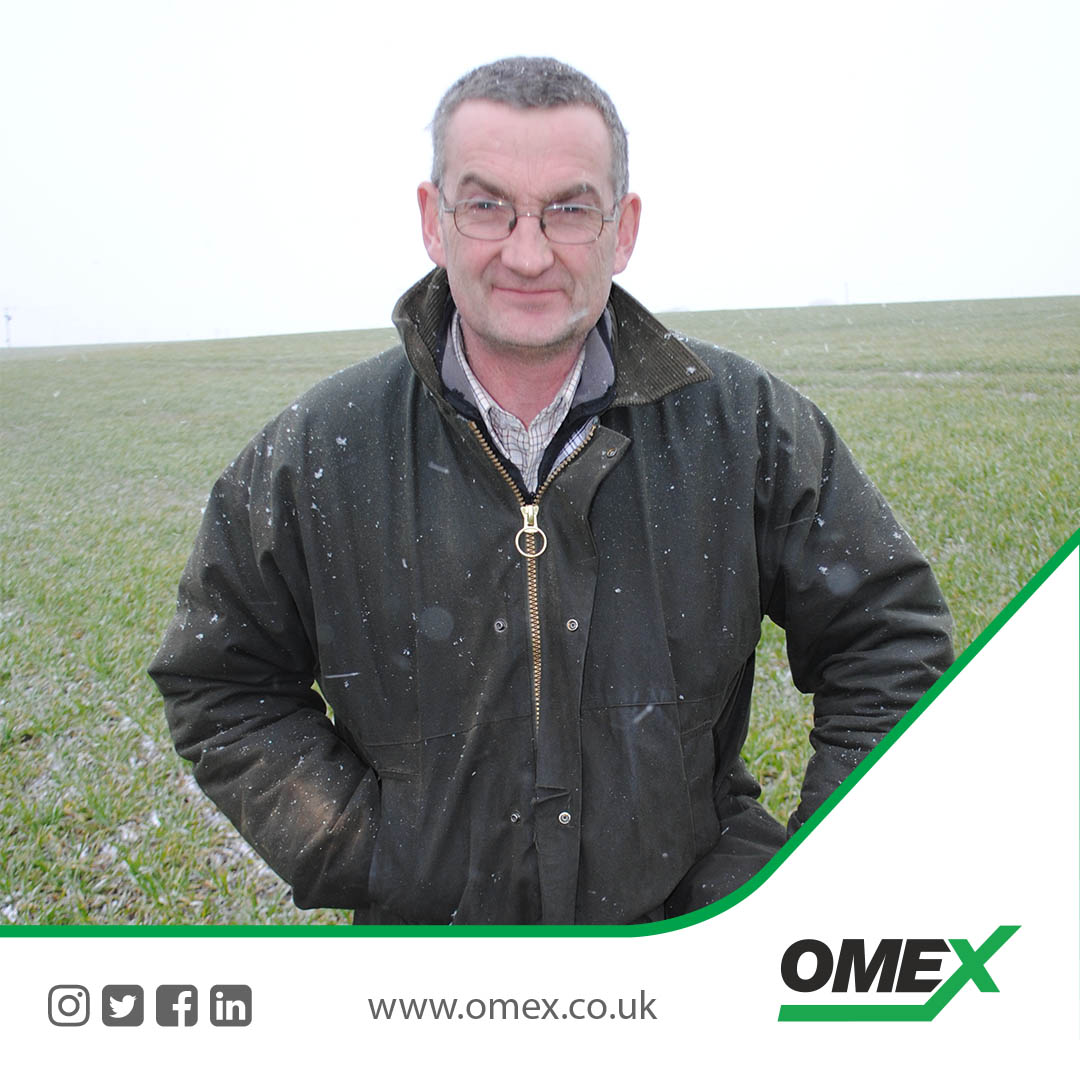 However, having had an historical association with granular fertiliser, a fear of the unknown regarding liquids and the extra pressure it might put on the existing farm sprayer, meant only the winter wheat and barley crops have been turned over to a liquid system at the moment.

An advantage of liquids, as Mr Pattullo has discovered, is that he can now apply fertiliser in less than ideal conditions such as rain and wind – something he can’t do with solids – and this has increased his operating window, and so this has relieved any potential pressure on his 4000l, 32m John Deere self propelled single line machine with large pump and ESI nozzles.

Mr Pattullo opted not to have dribble bars fitted because of the convenience of the multi head Hydro nozzle.

“We wanted to switch to liquids because we couldn’t get the required accuracy or consistency of spread to 32m with granular fertiliser,” explains Mr Pattullo. “We still use granular fertiliser on the potatoes because of the volumes of P:K would be too great if applied as a liquid through the sprayer. At the moment we have just switched the cereals to see if our sprayer can cope with the extra workload – so far so good.

“We would definitely look at using OMEX suspension fertiliser if there was a manufacturing facility in Scotland,” he says. “The biggest problem with granules that we have found is the lack of consistency in the product. If you’re seeing the inconsistency visually then it’s not 10% wrong, it’s more like 30%.”

He also notes that switching to liquid fertiliser has significantly reduced the number of bags to store and dispose of.

“We have six farms located in the area each with its own liquid storage tank,” says Mr Pattullo. “We used to have to store in our existing sheds, but some of these have now been freed up and can be used for other purposes. We also couldn’t buy our bagged fertiliser until the spring when the sheds would have been empty. Therefore we couldn’t get the best price for the fertiliser. On the OMEX liquid fertiliser system we can buy when the price is typically lower, normally in the back end and then top up in the spring.”

OMEX’s decision to invest in a new facility at the Port of Dundee will help with delivery of product on farm, although Mr Pattullo says that his business has always had a pretty good service from the company.

A key benefit to using liquids is that application accuracy is significantly improved across the full working width of the sprayer and with GPS it is even better. There is no product being spread into the ditches, hedges and watercourses. This he says has improved the environmental footprint of the farm.

“OK the granular spreader had deflector plates on it, but that still doesn’t stop the fertiliser from being thrown into the ditch,” says Mr Pattullo. “Also, in a dry year, like last year, the liquids helped us in May and June because the uptake was immediate after application.

“We did see a bit of scorch, however, it was mostly cosmetic,” he says. “Yield was not affected, and the crop was far more consistent and even across the field. When we used to apply granules it was common to see crops going flat on awkward and odd shaped fields due to overlapping and under application.”

Mr Pattullo says that the cost of granular and liquid fertiliser is similar but with a liquid every litre of product is being utilised where it has been applied, whereas with a granular fertiliser the outside 2m of all headlands a nitrogen deficiency was obvious to see.

“We also apply sulphur to our crops but when we have tried to do this in granular form we just couldn’t get the spreadablity. We apply 250l/ha of 24N +7.5SO3 in three applications to our winter crops starting in March at the T0 timing and then at T1 and again three weeks later. Spring crops get one application.”

OMEX supplied and fitted eight 50m3 fibreglass storage tanks which are strategically positioned around the farms. Mr Pattullo says that he is aware that some other liquid fertiliser manufacturers have not always delivered on time, but to date OMEX has delivered promptly and consistently.

“The opening of OMEX’s liquid fertiliser facility at Port of Dundee will only strengthen its delivery service, which could otherwise be under pressure during busy workload periods as the company expands in Scotland,” he explains. “This gives us much more confidence that we will not be left waiting to be supplied.”