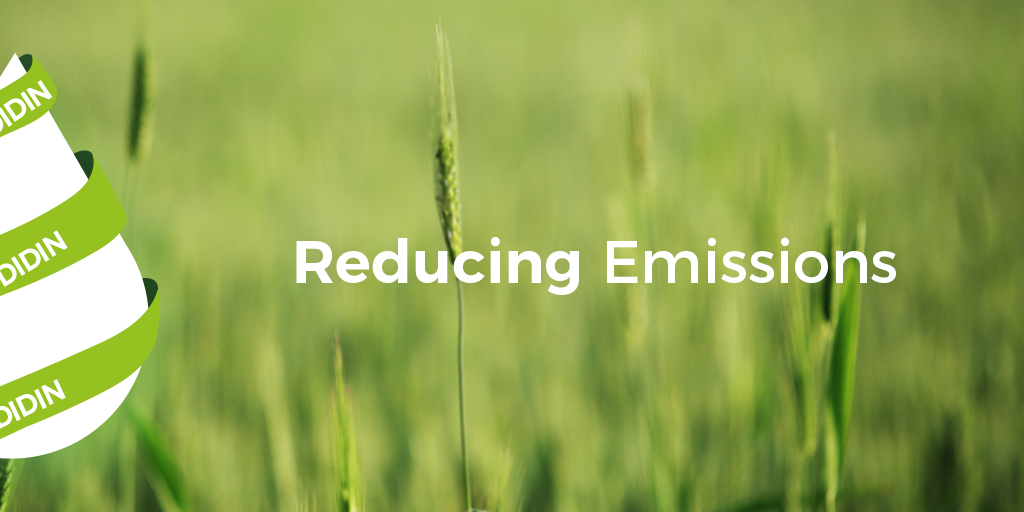 Reduction emissions is a key consideration for farmers working towards sustainable agriculture. Below is an article from CPM, looking at survey results OMEX and CPM conducted:

In a recent survey carried out by CPM and OMEX, 75% of growers accepted that they ought to do more to reduce their farms’ impact on the environment, while 59% also recognised that nitrate leaching can lead to financial losses on farm. “There’s no getting away from the conversation about climate change and environmental protection at the moment and I think it’s reassuring to know so many growers have a vested interest in doing more, as well as recognising where some of the key issues arise,” explains David Booty, technical development manager at OMEX. “Changing the way, we do things not only has the potential to benefit the environment but can also help reduce the bottom line and in turn, boost profitability.”

According to John Williams, principal soil scientist at ADAS, the challenge comes with trying to balance environmental protection and optimum crop production. “It’s difficult because clearly fertiliser – and nitrogen in particular – is the main determinant in yield and quality. There’s no escaping from the fact that we need fertiliser to grow crops, but there’s an environmental consequence of this, unfortunately.

“However, it’s reassuring that the industry is now really taking this into consideration and being more innovative about how we make best use of our inputs.”

So while the general consensus is that more needs to be done, 50% of growers revealed that they believe the buck stops with manufacturers who should do more to make their products environmentally friendly. “Of course, manufacturers have a responsibility, and I think – as a general rule – most are making a conscious effort to ensure products meet adequate environmental standards,” says David. “However, much like a seatbelt in a car doesn’t make someone drive safer, there’s a responsibility for growers to ensure they’re using products as efficiently and responsibly as possible.”

When it comes to calculating just how efficient farms are, Nitrogen Use Efficiency (NUE) calculations have become common practice, with 61% of growers saying this is something they actively consider when it comes to their inputs. “NUE is a fairly simple benchmarking tool that can help growers simply evaluate how much of the input is actually being used,” explains David. “Though it can be a fairly straightforward thing to calculate, there’s been a bit of confusion due to multiple methods of doing so. To boost farmer uptake, I think it would be really helpful to have a single, accepted equation.

“However, at its simplest level, growers can consider grain output against fertiliser input.”

Most recently, the Net Zero campaign has been a huge driver in the uptake of NUE on farm, believes John. “Barely a conversation goes by in farming now without talking about the environmental impact of what we do.

“Using equations like NUE will be key in driving this forward. And it’s not just about the environment – efficient crop production is more likely to result in reduced costs.

“However, growers have a lot on their plates and it’s important that accessing this information is easy and simple to implement.”

And with nitrogen losses being as high as 40%, the benefits of using nitrification inhibitors have started to gain traction, albeit perhaps rather slowly – with only 22% of growers noting that they’d used them in the past. “It’s disappointing to see such a low uptake when in fact there can be some real benefits of using inhibitors,” explains David.

So, what exactly are these benefits? Nearly three quarters of growers (69%) noted reduced nitrous oxide emissions as a key reason to use a nitrification inhibitor, while 62% highlighted reduced nitrate leaching.

“In a nutshell, using a nitrification inhibitor means nitrogen stays available for longer. This means it’s more available to the crop and can lead to reduced wastage and a better return on investment,” he adds.

And the benefits go beyond just reducing wastage and reduced emissions. “Because inhibitors slow down the nitrogen conversion, it gives growers the flexibility to put more on earlier in the season – rather than multiple loads over multiple passes – which reduces the impact on soil health.”

A significant number of growers (34%) said that a reduced number of top dressings is also a key benefit of using a nitrification inhibitor, and this is an area David has spent a lot of time researching lately. “Particularly in the case of spring crops, two thirds of the nitrogen is on the seedbed and the rest is applied when the crop is planted. Potato growers, for example, may be putting two or three top dressings on, but the key concern is that what’s on the seedbed might not last in years of heavy rain. However, an inhibitor keeps it in place and can reduce the workload later in the season,” He explains.

At present, there’s no official standard for ranking inhibitor products, however, there are a great number of options on the market – all offering slightly different things.

And when it came to the most well-known, it was OMEX’s product, DIDIN, that topped the leader board, with 65% of growers being familiar with the inhibitor.

“DIDIN has been around for 30 years, so it’s no doubt a well-known product. However, the difficulty we and our customers have is that there’s no set standard for these inhibitors in the UK,” explains David.

“Consequently, this means that there’s no standard or benchmark to measure them against and I think that’s unacceptable – it’s not fair on growers and potential customers as there’s no way of comparing one product against another.”

So while the water is still murky in terms of the “best” products, David says what is key is noting that not all inhibitors are alike, and this should be taken into consideration when deciding on the most appropriate product. “Urease inhibitors will only stop ammonia loss, where nitrification inhibitors prevent losses from nitrate and nitrous oxide – some products will do just one of these jobs and some will do both.

“Didin is one that does both, so it has the potential to have benefits where both of these issues are concerned.”

While being more efficient with fertiliser can help reduce costs, another key priority across the industry at the moment is the role in which fertiliser usage plays in agriculture’s carbon footprint.

The survey revealed that 50% of growers are already taking steps to reduce the carbon footprint of their farming operation, while 49% say this is something to consider in the future. “There’s a lot of political influence and pressure on agriculture to reduce its environmental impact and hold more carbon where we can,” says Becky Willson, Farm Carbon Toolkit.

And though the subject is no doubt attracting a lot of attention at the moment, knowing where to start – on an individual grower basis – can be a real challenge, she adds. “For those who just don’t know how to take the first step, Carbon Toolkit works to turn the advice into practical, feasible steps on farm.”

Carbon Toolkit was founded as a result of the absence of a farmer-led organisation to provide support for growers when it comes to climate change, and Becky says there’s a whole host of factors that can be looked at for those who are seeking to reduce their impact. “I think one of the most important things is highlighting the link between environmental benefits and economic reward – many people don’t realise just how much money they can save by being more efficient with their inputs.”

Becky says a good place to start is with some kind of carbon footprint audit, however, the survey revealed just 14% of growers are using this type of software right now – though 69% said that this is something they’d consider in the future.

“By calculating exactly what’s happening on farm, it gives you a starting place, and if nothing else, allows you to benchmark against yourself in the future.

“It’s important to think about the key places emissions may be coming from, and where you might start to investigate further. It can be really helpful to look at the business through a different lens.”

For those growers who’ve identified that fertiliser usage is a key priority on the climate change front, Becky recommends firstly looking at the existing nutrient management plan. “The main thing here is considering whether what’s being applied is actually needed.

“There are also opportunities to look at potentially cover cropping – when the main crop isn’t in the ground – to capture some of the nitrogen, which will have an additional positive effect on soil health. It’s all about focusing on what’s going on in the soils and releasing the nutrients that are there to use them to work to your advantage.”

Using inhibited products can also be really beneficial in the drive against climate change, she says. “These types of products give growers the option to select for different types of fertilisers, without as much of a risk to the environment.

“It’s estimated that between 10-40% of all nitrogen applied as fertiliser isn’t utilised by crops – so it’s clear that from an environmental point of view that we have to do more and make the most of options such as inhibitors to ensure that is reduced to a minimum.