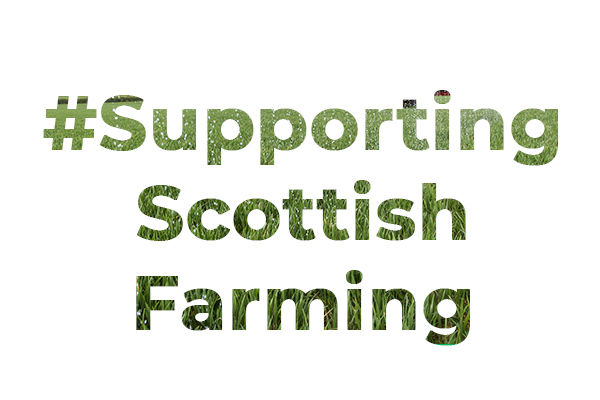 For Scottish farmer and contractor Neil McIver, in the Black Isle, North of Inverness, gaining valuable time and securing weather windows for his busy contracting operation can often prove tricky, even in the easiest of years, especially when the pressure is on.

Mistimed liquid nitrogen applications in particular, across his 800ha cereal and oilseed rape enterprise and that of his clients’ farms, can be costly. Leaching is a common problem on the predominantly sandy loam soils, and achieving a balance between applications, timing and uptake, is not always easy.

In recent years Mr McIver has adopted a new approach, on advice from OMEX who supply his liquid nitrogen. He has been including the slow release nitrogen product, Didin, in with his second and final N application, which has produced some very encouraging and interesting results.

An initial N application in early spring of 50-60kgs/ha is followed by one further single dose of approx 160kgs/ha with the inclusion of Didin at the standard rate of 10-12l/ha for medium to light soils. This allows the controlled release of N to the growing plant without the threat of leaching, thus considerably reducing application costs and simplifying the spring nutrient management, allowing greater flexibility.

Mr McIver is delighted with the new approach and is already convinced, after just three years trialing on farm, of its many benefits.

“It’s a brilliant product,” he explains. “By using Didin, we’ve cut out at least two applications and that time saved alone has allowed me to focus on my clients’ farms, and afforded me the chance to take on more ad-hoc contract spraying work. The cost benefits are clearly tangible and it has become a very effective way of managing inputs. I’m really impressed.”

Based on nitrification and urease inhibitors, Didin controls the release of nitrate into soil solution, thereby preventing the loss of nitrogen to the atmosphere and into the water course.

Compatible with the full range of OMEX fertilisers, the unique bacteriostatic properties of Didin allow it to control the oxidation of ammonium to nitrate. By retaining the N in that form, losses can be minimised, the product itself being broken down as soil temperatures increase, allowing uptake as the crop demands it.

But it is not just the flexibility and economies that Didin brings to the party. According to Mr McIver the crops look better and are yielding more through what he believes to be the catalytic ability of the product to stimulate nutrient uptake, when the plant needs it most.

“This is really good news as the plant remains in good health all through the growing season and that means fungicides and growth regulators have a far better chance of working effectively,” he explains. “Quality appears better too and although we are growing only soft feed wheat, the grain size and sample look fantastic, so there are truly all-round benefits.”

Robust PGR and fungicide programmes are still required to get Mr McIver’s crops to yield, but the ease of management and the flexibility gained though the inclusion of Didin mean that margins can be significantly improved.

Mr McIver is convinced that with the additional, albeit minimal, cost of Didin, when compared to the overheads saved, the knock-on effect of two extra passes, the yield benefits, and economies gained, mean a more manageable workload for him and the scope to take on more contract work.