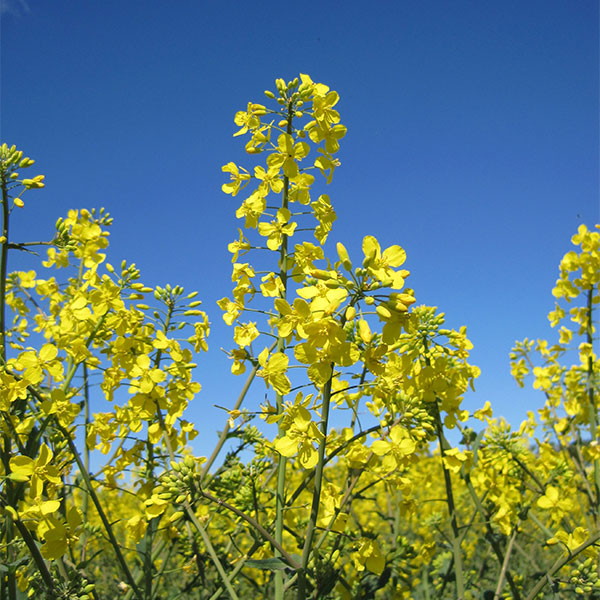 Manganese deficiency is the most commonly seen nutrient availability issue, seen especially at this time of year. It can be seen in winter crops entering the rapid growth stages and also in emerging spring crops. The most susceptible crops include wheat, barley, oats, sugar beet, peas and potatoes. Soils with either high pH or high organic matter are at the highest risk. Heavy liming, poor drainage, unconsolidated seedbeds, heavy phosphate applications, low potash content and adverse weather conditions can all aggravate manganese deficiency. Manganese availability has a major influence on photosynthesis, and the symptoms in cereals tend to be irregular patches of pale crops with floppy growth and interveinal streaks of white in wheat, grey in oats and brown spotting in barley. Legumes tend to show interveinal yellowing leading to necrotic patches.

OMEX SuperMn is a unique formulation of Manganese with Magnesium, Nitrogen and Sulphur. This combination contains rapidly-acting nitrate and slower release sulphate sources to give both short and long term release (demonstrated in the cereal comparison below).

Choosing a product that has the ability to give both rapid uptake and long-lasting action helps to reduce costs versus cheaper quick acting products that require several repeat applications. Ensuring that a crops manganese demand is continually met reduces the likelihood of plant stress and likely yield loss. 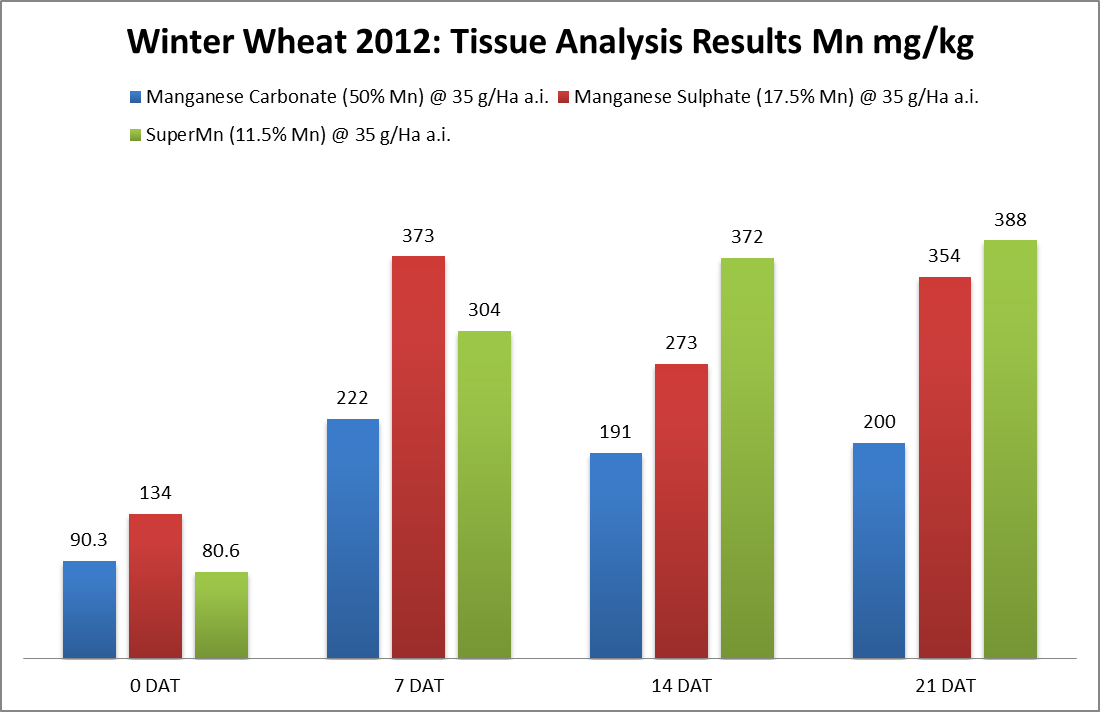 How to achieve Best Use

Omex trials have shown that the addition of efficient adjuvants to the spray solution, such as Omex NA13, significantly improves leaf coverage and uptake. This may not be necessary in multi-way tank mixes with crop protection chemicals, but we recommend that an adjuvant should always be used when Manganese treatments are applied alone.

If Manganese deficiency has been identified correct product choice and application is essential for optimal treatment to combat this deficiency. If you are in doubt about the exact causes of deficiency symptoms, Omex SAP testing can give a very rapid diagnosis for all the major and minor crop nutrients.

Full tank mixing guidelines for OMEX SuperMn are available on the Omex website.