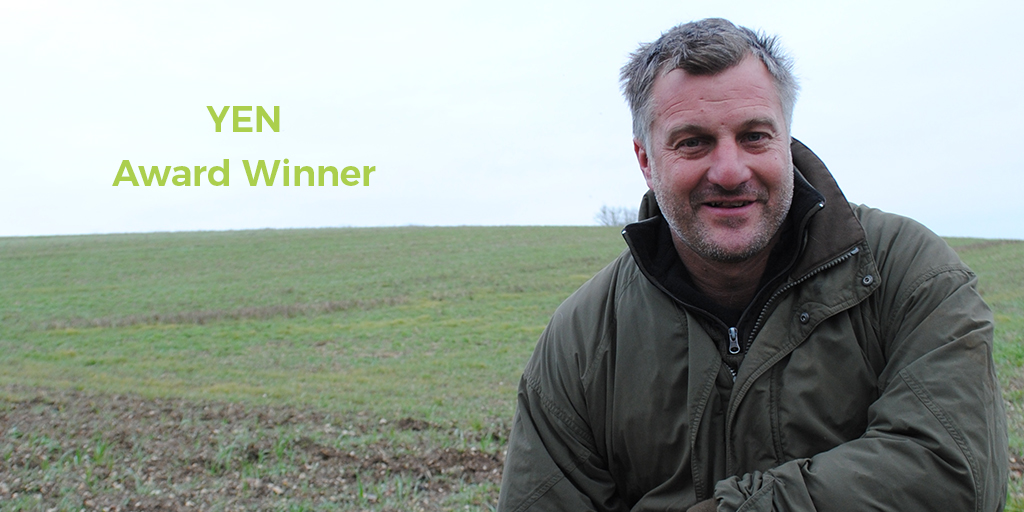 Replacing a worn out 24m granular spreader with a new 36m sprayer has also significantly increased capacity, giving the business an opportunity to expand a contracting business.

Average wheat yield under a granular fertiliser regime was 12.7t/ha.

Since switching over to OMEX liquid nitrogen plus sulphur, yields have increased up to 16.3t/ha and oilseed rape to 6.77t/ha.

Mr Stubbs, who was the UK 2019 YEN Gold cereal award winner and Bronze oilseed rape winner, has an ambitious plan to increase the arable area farmed to 2500ha. He says the new sprayer has around 4000ha extra capacity, possibly more with night lights, and a second sprayer is a consideration if it would mean not letting his contract customers down.

“I’m a big believer in getting the application timing right because it can lead to reduced costs and higher yields,” he says.

In farming terms, 2019 was an exceptional year and Mr Stubbs makes no pretence that the significant yield increase was solely down to switching to liquids. Nevertheless, applying nutrients on demand coupled with improved accuracy and product quality has had a major impact. Yields are now consistent across the whole field.

“We prefer drilling late on this farm because of the blackgrass problem and so KWS Siskin suits our situation well,” he says. “Our aim is for high yielding feed but last year we surpassed expectation and hit milling too.”

The new sprayer is a 36m, Bateman RB55 with auto nozzle shut-off, covering around 7,300ha/annum.

“Applying the granular sulphur fertiliser in one hit meant a risk of losing much of the sulphur to leaching,” explains Mr Stubbs. “But, when applying sulphur along with the nitrogen in smaller doses and more frequently both elements are taken up more efficiently by the plant.  We are putting on half of the sulphur that we used to and getting higher yields.

“Our observations are that a regular application approach results in the crop taking up the nitrogen and sulphur immediately whereas granular fertiliser just stays on the ground and relies on moisture. We are conscious of scorch risk so we try to avoid extreme temperatures, preferring to go for the dull and overcast days if possible.”

On the granular system he says poorer accuracy meant there were always in-field overlap as well as valuable nutrients being lost into the field margins and hedgerows.

“In order not to contravene NVZ regulations we would always have to under-apply granular fertiliser because of the risk of application variability,” points out Mr Stubbs. “On liquids we can apply with complete accuracy and not pay for fertiliser we don’t need.”

Mr Stubbs used to have to buy his granular fertiliser in June and then store it undercover, while leaving the application kit outside. Having switched to liquid fertiliser it is now the machines that are undercover and the fertiliser is stored in four 50t bunded tanks in the yard. Another 50t tank is positioned at a different location 10 miles away near to outlying land.

“Applying granular fertiliser always used to be a three-man operation and there was also the hassle of getting rid of used bags afterwards. We still have two men on the liquid operation because we choose to run a 10,000 litre bowser, but the system is far more efficient.”