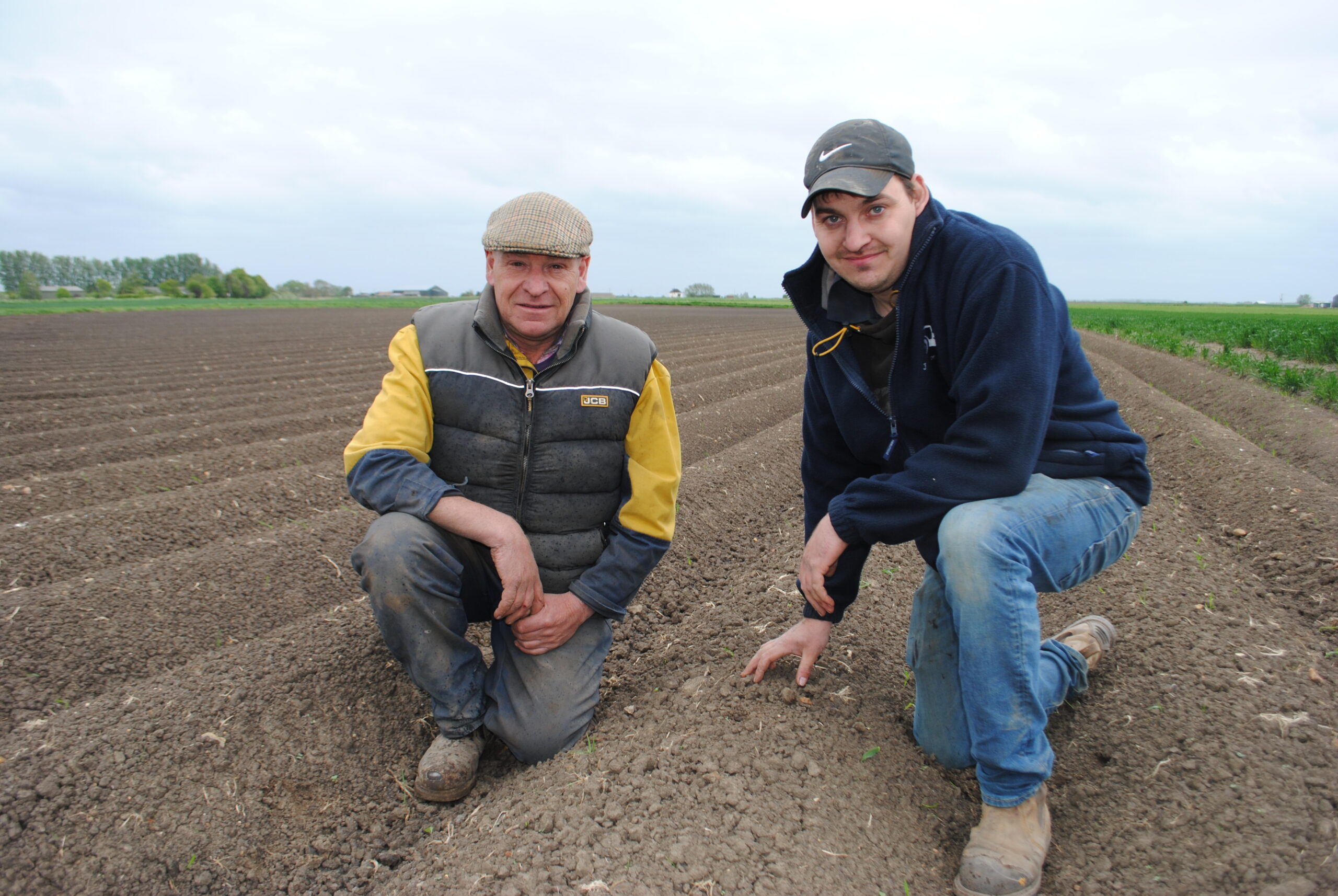 By passing over responsibility of the potato fertiliser application, delivery and spreading operation to a dedicated OMEX contractor, Cambridgeshire grower Tom Caton of J A Caton and Son, has improved the efficiency of the business and freed up valuable management time at busy workload periods.

The 750 acre family farming and contract spraying business based at Benwick near March is run by David Caton and his son Tom. The family farm supports 150 acres of potatoes grown for the bag trade and chip shops, as well as onions, winter wheat, spring barley and oilseed rape.

Growing quality potatoes is fundamental to the success of the business, which relies on attention to detail to help ensure crops achieve maximum value in a competitive market. Two cold stores totaling 2200t and a 900t of ambient bulk storage mean potatoes can be supplied to customers from November to June. Average yields are around 17t to20t/ac depending on the variety such as Markies, Sagitta and Maris Piper.

Soils across the farm are black to medium fen but potatoes are kept off any heavy land on the farm. The farm has irrigation which is predominantly used for onions and potatoes when needed.

Pressure on time and issues with the quality of bagged fertiliser last year resulted in the company switching to OMEX. Sulphur in the bags kept blocking the applicator.

The potato fertilising operation always used to be a three man operation – one on the forklift, another on the spreader and one delivering fertiliser to the field. Fertiliser would be taken to the field on a trailer and then seed bought separately. The operator would then fill the planter with seed as well as fertiliser.

“The process never used to run smoothly because we could not get both applications synchronised,” he says. “Planting became a slow operation, and despite being land wheel driven we couldn’t get the accuracy when travelling at speeds greater than 3kph.

“Granular fertiliser is also a bulky product to store and it was often delivered when inconvenient or there was nobody in the yard to receive it.”

The switch to OMEX delivered and spread suspension fertiliser service coincided with an increase in potato acres grown from 70ac to 120ac, but significant benefits of this system – including freeing up labour and storage space as well as low maintenance and repairs – meant that the acreage jumped again to 160ac.

“When we realised that our fertiliser regime needed addressing we used the opportunity of the Cereals event to go and see OMEX to discuss our concerns and options,” explains Mr Caton.

“We really liked the way the company operated. Originally we thought we would do a trial first to compare a granular system with delivered and spread suspension application. In the end we just went for it having been convinced of the benefits. Switching to OMEX has made a significant impact on our potato operation. Our crops are more even and uniform across the whole field, including the headlands.”

“We have found that a liquid fertiliser application system is much more accurate, especially at 36m. It’s a dense product that is being applied out of a large nozzle, so even on a windy day we can still apply it. This increases our application window and allows us to select the best days to get on the land rather than being dictated to by the weather.” 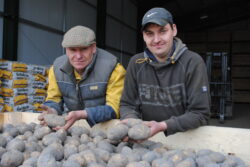 “We can now also apply fertiliser right up to the field boundary with no risk of putting nutrients in the hedgerows or directly into water courses.” says Mr Caton.

“We always carry out an annual soil test for nutrient levels, which are normally in the 3/4’s, because historically they always used to apply 20t/ac of pig manure every year,” he explains. “OMEX now carries out our soil testing before ploughing.”

Mr Caton places the fertiliser order with OMEX based on the soil analysis and a tailored fertiliser mix is delivered in a tanker to the field edge, where it can be easily accessed by the fertiliser contractor.

“Switching to the OMEX system takes much of the time consuming element of the operation, which frees up valuable management time,” he says. “It has also reduced the number of tractors needed in the field, which has saved diesel and reduced soil compaction.

“If we also take into account the cost of the granular fertiliser application that we no longer need, then the OMEX suspension fertiliser system has saved us money too. With no waste bags or leftover fertiliser at the end of season to dispose of or store, we feel that we are also having a positive impact on the environment.”