Growing with OMEX from the beginning! 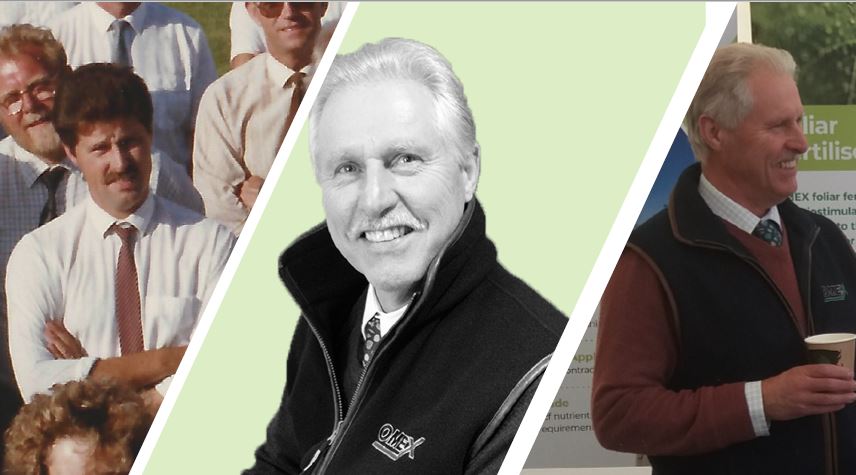 Growing with OMEX from the beginning!

Forty five years ago, OMEX Agriculture opened its doors for business from its site at Bardney, Lincolnshire, which had been purchased from Calor Agriculture. From humble beginnings the company now services a global network of customers, operates in over 85 countries, and has offices in the UK/ USA/Canada/Brazil and Mexico.

In the early days it was a small group of dedicated personnel that helped establish the company and to gain a foothold in East Anglia, Lincolnshire and along the eastern seaboard. One of those individuals, Steve Ebbage, has remained with the company for over 40 years and recalls his journey which started in 1980 as a new District Sales Manager.

“My family is from an agricultural background and was involved with an arable business owned by Fred Hoyles and was run by my father. When I was approached by OMEX’s Martin Noble I was working as a farm manager for F H Smith, where I was in control of a large acreage of potatoes and had some experience of OMEX liquid fertilisers. I had also been following the development of the company and so when approached by Martin the timing was right. Following a meeting with OMEX managing director David Featherstone, I subsequently enrolled.”

Normal practice at the time for most farms in the area was to use granular fertiliser and the idea of liquid fertiliser had been slow to catch on. Many small farms were suspicious of change and anything that might upset historical decision making processes, says Steve.

“Switching some of these growers to a liquid system was going to be no simple task,” says Steve. “Knowing firsthand how hard it was to persuade my father to switch, I was ready for the challenge.

“If I could convince my Dad of the benefits, anything was possible. At that time OMEX was doing very little work in the area and it would be no easy conversion to liquid for a lot of people,” he says. “Having convinced my own father to switch, we started to make progress with some of the more progressive local farmers, many of which I still deal with today.”

Steve makes the point that in the early days as his fertiliser client base was establishing, much of the success was down to his wife Sally. “I am indebted to Sally for what she had to endure in those days, without her I certainly would not have stood the test of time. There were no computers or mobile phones, the home phone started at 6am in the morning and didn’t stop until 10pm at night. Our first Christmas party with OMEX consisted of around 20 people who were more like a family really.”

OMEX’s success according to Steve was largely down to the service it offered. While the results of a liquid system spoke for themselves, a timely and bespoke service was definitely the key to success.

“I very much enjoyed working with David Featherstone and Martin Noble and then when David Brakes and Andy Eccles joined the company, the business really stepped up a gear,” says Steve. “During that time we changed to more owner driver contractors rather than our own Unimog spraying equipment. That decision was taken in part thanks to one or two original contractors – particularly Pete Ulyatt at Fosdyke – who were integral to the success in the early days, combined with Sally’s phone nature.

“Our operations manager Steve Perry put hours and hours in to try and keep pace with the increased volume and the challenges that came with it. We all rose to it and as farms became bigger units then liquid fertiliser volume increased too along with foliar products and growth promoters.”

Steve adds that there was always something new to talk about in terms of product and initiatives. By all accounts it was a very interesting and rewarding period for him. New customers came each and every year.

“Over the years I have had brilliant customers to work with and in some cases even felt part of their farming family, so trust is absolutely paramount,” he says. “I have had the pleasure of working with some excellent people over the years and now it carries on with sales director Rob Burton and managing director Max Winkler, plus all of the others involved in this high tech world of computers, stored statistics, data and more recently environmental developments.

“I have seen and been involved in massive change on farm and within OMEX,” says Steve.  “But overall I am very proud of what we have achieved as a team. A big thank you in particular goes to Olof Winkler (OMEX chairman) for the respect he has given me, helping me to grow in confidence and to forge out a career in agriculture with a great company.”