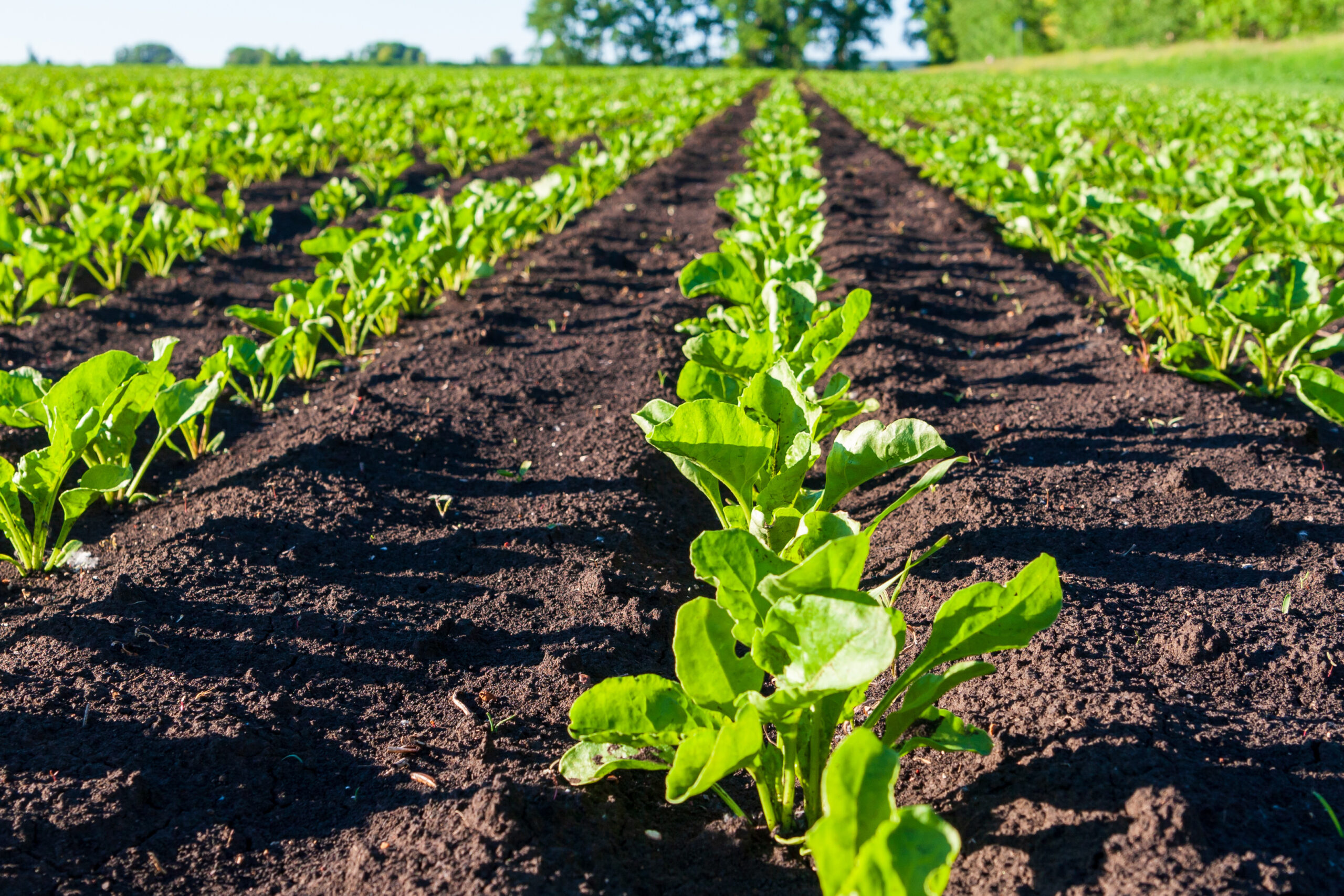 With crops of sugar beet across the country suffering with Manganese deficiency, a dose of SuperMn is in order.

The latest BBRO bulletin discusses symptoms of Mn deficiency on the increase, especially those in rapidly growing crops thanks to the recent heatwave that has graced the UK. The BBRO states “Crops on organic and light sandy soils will be the most susceptible to manganese deficiency. Make sure foliar nutrition is applied sufficiently early enough to minimise effect on canopy growth. Keep a close eye for other nutritional deficiencies as crops grow rapidly.”

Manganese stress restricts the conversion of sunlight to plant energy, resulting in slow growth rates, poor development and low tolerance to both biotic and abiotic stress.

Administering a dose of foliar nutrition in the form of SuperMn will help alleviate crop stress and rectify nutrient levels in the plant.

What it is: SuperMn is a high in manganese formulation combined with magnesium, nitrate N and sulphate S.

Why and When To Use: The high quality formulation means more Mn is absorbed by leaves compared with simpler formulations, resulting in faster reduction of deficiency symptoms and an extended period of plant available Mn. Use SuperMn when manganese deficiency is diagnosed or suspected, or as a maintenance dressing to prevent less than optimal growth

What To Expect: Rapid uptake of SuperMn will result in a visual reduction of deficiency symptoms followed by improved crop growth, compared with other formulations of manganese.

Technical Development Manager for OMEX, David Booty adds “nutrient deficiency effects tend to be more significant during periods of rapid growth in sprint crops, so now is an ideal time to be SAP sampling, ensuring you’re ahead of the problem before symptoms show and the damage is done”

Speak to your local Crop Nutrition advisor, using our handy postcode locator tool. Your local advisor will advise on SAP analysis, to determine the true nutritional status of your crop, and how best to administer nutrition to the crop.