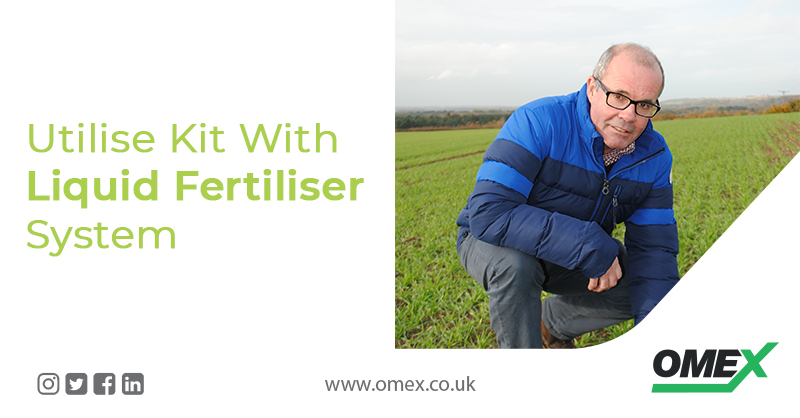 Switching to liquid solution and suspension fertilisers has helped a North Lincolnshire arable farmer reduce workload at busy times of the year, ensure better utilisation of the farm sprayer and by being able to store large quantities of product on farm, take advantage of competitive pricing.

The break-up of a farming partnership involving two large farming organisations created a number of challenges for manager Andrew Radley based at Low Risby Farm near  Scunthorpe. The most significant of these was an effective doubling in size of the existing arable enterprise and the subsequent pressure that this put on the available workforce and machinery.

The farm in 2016 was a 600 hectare arable enterprise and after the split in the same year it increased to 983 hectares. By 2019 land under cultivation will have further increased to 1,100 hectares, almost doubling the original area but leaving the same management structure.

“Increasing the size of the business opened the door to employing a contractor to take some of the workload,” says Mr Radley. “We also opened dialogue with OMEX Agriculture to explore using its suspension fertiliser on our oilseed rape crop

“Our first harvest was a real challenge because we were so short of labour, so the suspension fertiliser option coming along when it did was a huge relief. We also employed OMEX to carry out all our soil sampling – an important decision having taken back in hand so much land the same year.”

Soils across the farm vary from sand to limestone and from loamy soils to really strong land of the Carr series, which is low in phosphate. Mr Radley says that such variable soils require bespoke fertiliser mixes and the suspension and liquids lend themselves to his situation.

“OMEX analyse our soils in its laboratory and make nutritional packages based on the results and also take into account yield expectations and straw offtake,” he explains.

Switching to liquid fertiliser has had additional benefits including application accuracy and an improvement to the environmental footprint across the farm. Being close to many watercourses Mr Radley would regularly reduce rates on the headlands when applying granular fertiliser, ultimately leading to reduced yields.

“The advantage of liquid fertiliser is that it can be applied at full rate right up to the field margins. Auto-shut off and GPS on the sprayer ensure application accuracy across the whole field too.”

The farm has subsequently installed five OMEX 50 tonne storage tanks strategically positioned across the farm. Nitrogen is pumped into the tanks in the autumn and then replenished in the spring.

“We look back now and ask ourselves why we didn’t switch earlier, but to be fair I think at the time we didn’t need to,” says Mr Radley.

All crops are more even and uniform from field corner to corner says Mr Radley, and he would not change from a liquid system now having seen the differences and felt the benefits.